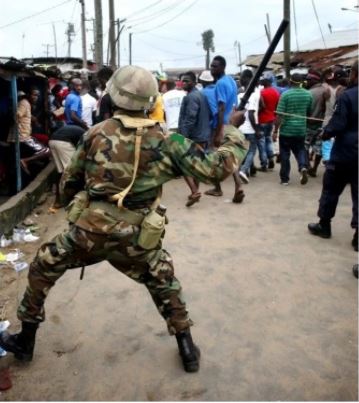 Banjul, 5 November 2021: IHRDA filed on 02 November 2021 a case against the Republic of Ghana before the Court of Justice of the Economic Community of West African States (the ECOWAS Court) on behalf of 5 victims who were tortured and subjected to inhumane treatment by Ghanaian military officers.

In June 2018, four of the victims, boys aged 13 to 16 years at the time of the incident, were arbitrarily arrested upon accusation of stealing a laptop belonging to a senior military official. The children were stripped naked and beaten with a pestle, cutlass, metal rods and sticks by members of the Ghana Armed Forces, causing the victims serious injuries. The mother of one of the children was also physically assaulted and injured by the soldiers for trying to intervene. The incident was reported to the police, which has failed to carry-out an effective investigation, and the perpetrators remain unpunished. However, the matter was further reported to the Ghana Commission on Human Rights and Administrative Justice (CHRAJ), which conducted some investigations and recommended that the children be paid financial reparation worth 10,000 Ghana cedis (about USD 1,600) each and that the soldiers responsible be prosecuted, though no action was taken regarding the inhumane treatment suffered by the mother to one of the children.

The suit alleges that due to the lack of effective investigation and prosecution of the perpetrators, Ghana has violated the victims’ right to remedy and access to justice, and has failed in its obligation to protect the victims from torture, cruel, inhumane and degrading treatment, as well as guaranteeing their right to adequate compensation and rehabilitation. These are rights and obligations enshrined in several treaties to which Ghana is party, notably the African Charter on Human and Peoples’ Rights, the African Charter on the Rights and Welfare of the Child, the International Covenant on Civil and Political Rights, the Convention on the Rights of the Child and the Convention against Torture and other forms of Cruel, Inhuman or Degrading Treatment.

The plaintiffs request the ECOWAS Court to hold Ghana responsible for the alleged human rights violations, to order Ghana to pay monetary compensation to the victims for damages suffered, to provide the victims with medical and psychosocial support, and to put in place several other structural measures to curb all forms of torture, cruel, inhumane and degrading treatment in Ghana.