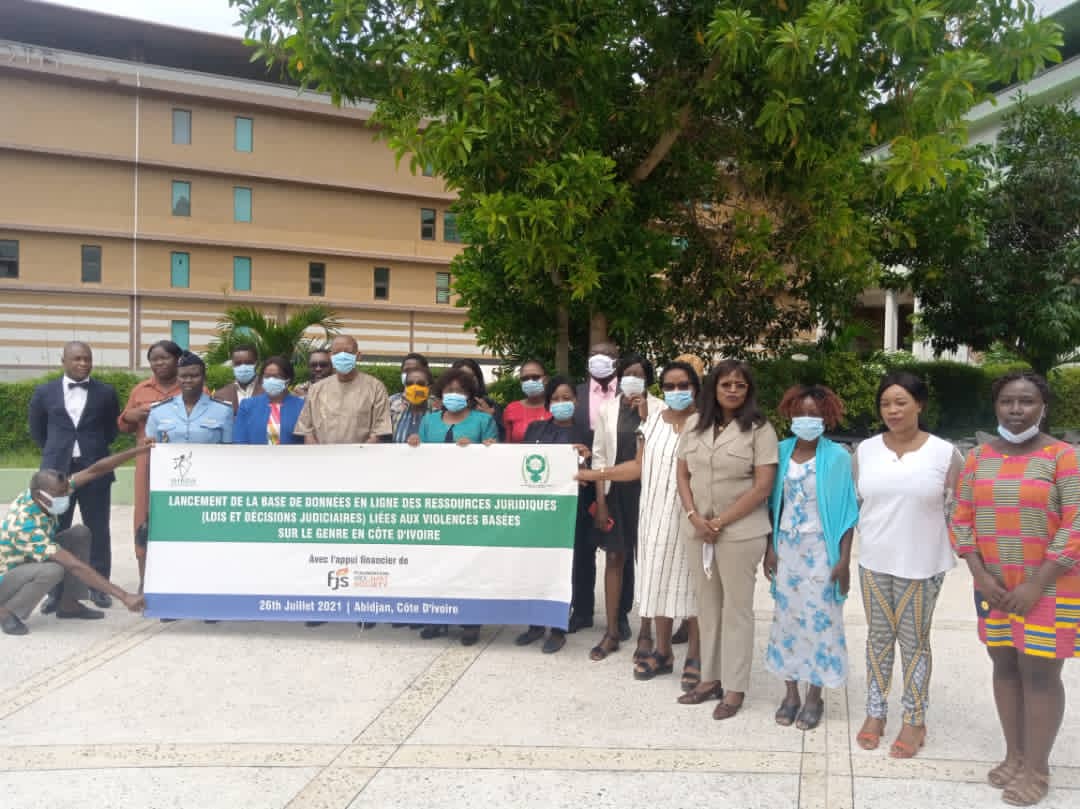 The online database available at https://sgbv-ihrda.uwazi.io in English, French and Arabic, contains laws and superior court judgments related to SGBV from various African countries, and was originally launched in 2015 with resources from three countries. Currently, the database covers fourteen countries, including Côte d’Ivoire which was added this year. The objective of the database is to facilitate access to legal resources necessary to support efforts of domestic, regional and international actors and stakeholders in the fight against SGBV.

According to IHRDA’s Communications and Publications Manager, Djeugoue Brice Martial, “The launching of the database in Côte d’Ivoire is intended to raise awareness about the database, with emphasis on the Côte d’Ivoire profile, and to boost its visibility and usage among major actors and stakeholders in Côte d’Ivoire”.

The launching ceremony presided over by a representative of the Ivorian Ministry of Justice and Human Rights was attended by representatives of relevant State institutions (including Ministries, the Police and the National Human Rights Commission), lawyers, women’s rights defenders, and journalists.

The inclusion of the Côte d’Ivoire profile to IHRDA’s SGBV database falls within the framework of a project funded by Foundation for a just Society, USA, to contribute to the fight against gender-based violence in a couple of Francophone West African countries.