This case was filed before the African Court on Human and Peoples’ Rights on 26 July 2016, and demands that the African Court should urge Mali to amend its laws to align with the provisions of the Protocol to the African Charter on the Rights of Women in Africa (the Maputo Protocol).

Also, Articles 283 – 287 of the Mali’s Family Code gives agents of state registration offices (officiers de l’état civil) and to clergymen (ministres du culte) competence to conduct marriages. While Mali’s Family code obliges state agents to verify the consent of spouses (article 299) and provides for punishments against them should they fail to verify the consent from spouses (article 287), the Family code contains neither obligations to verify consent, nor punishment for the clergymen who fail to verify the consent of spouses. This raises concerns as the presence of spouses is not compulsory during the celebration of marriages (article 283). It is worthy to note that 70 per cent of marriages are carried out by clergymen and cases of forced marriages are rampant in Mali.  This goes against articles 6 (a) and 16 (a) and (b) of the Maputo protocol.

Article 751 of Malian Family Code provides that Islamic law or customary law shall apply to all inheritance matters unless otherwise decided through a will on the distribution of the inheritance. The Islamic law gives a woman the right to inherit 1/8 (one-eighth) of her deceased husband’s property. In addition, Islamic or customary law awards a woman half of the part attributed to a male and exclude out wedlock girls (and boys) from inheritance. Considering the limited number of notaries in the country (around 40 for 15 million persons in the country) that can help write wills, the high costs of their services, the lack of awareness on the use of wills, and the social pressures around the handling of these matters, the Islamic or customary law’s inheritance regime is the only option available to most nationals. This practice is against the provisions of article 21 of the Maputo Protocol which provides for women to inherit an equitable share of their deceased husband’s property. Also, this goes against article 2 (2) of the Maputo protocol which obliges states to eradicate social and cultural patterns that perpetrate discrimination against women.

In these cases, local remedies do not exist and need not be exhausted as the violations relate to legal provisions for which there are no avenues to challenge in the domestic justice system. A favourable decision will benefit many women as it is expected that the African Court will direct Mali to align its national legislation with the Maputo Protocol.

Court pronounced verdict, finding the Malian Persons and Family Code inconsistent with the Maputo Protocol and other relevant treaties ratified by Mali, notably the African Charter on the Rights and Welfare of the Child and the UN Convention on the Elimination of all forms of Discrimination against Women. The Court therefore urges Mali to revise its Code of Persons and the Family to align with its international obligations under the aforementioned legal instruments; to take measures to sensitize and educate the population on the provisions of these legal instruments, and to ensure that they are respected. 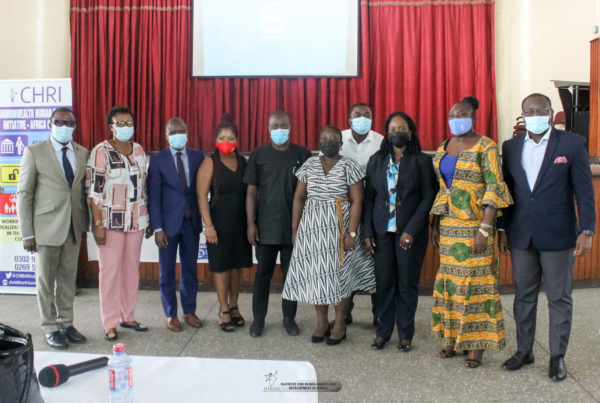