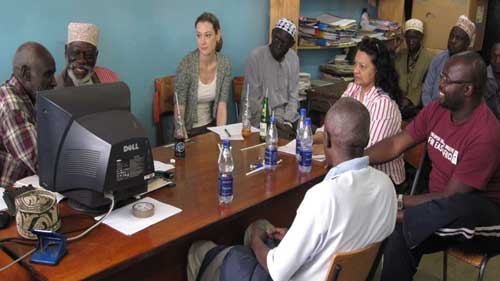 Kenya: Nubian children should be given citizenship at birth

As Africa marks the Day of the African Child, the Institute for Human Rights and Development in Africa (IHRDA) joins the Nubian community in Kenya to celebrate a first victory in their long struggle for citizenship. Nubian children have a right to Kenyan nationality and citizenship at birth. “We are very happy and grateful for the ACERWC’s decision. It opens the door for our children to access their basic human rights, such as the right to education and health, on equal footing with other Kenyan children,” declared Mr Issa Abdulfaraj, Chairperson of the Council of Elders of the Nubian Community in Kenya. A joint IHRDA/OSJI team met with the Nubian community in Kibera, Nairobi, Kenya in May 2011, to communicate the ACERWC’s decision to them.

Unlike most Kenyans, Nubians are subjected to vetting in order to obtain Kenyan identity documents. In fact, this process regularly requires additional proof of identity and submitting to questioning before a vetting committee. Long delays in vetting effectively contribute to further marginalisation and poverty of the Nubians in Kenya. Some never receive proof of citizenship. Without a national Identity card, access to health care, education, employment and all other rights attached to citizenship, is severely restricted, if not altogether barred.

While Nubian children await the full text of the ACERWC’s first-ever decision, it is opportune to welcome the preliminary finding in their favour.

Kenyan birth certificates specify that they are not proof of citizenship. While most Kenyan children have a legitimate expectation that their Kenyan citizenship will be recognised at the age of 18, this is denied to Nubian children:. hey cannot be sure that they will be accepted as citizens, as they will be subjected to a long and complex vetting process to have their citizenship recognised. The Kenya National Commission on Human Rights (KNCHR) has described this situation as “institutionalised discrimination” in its 2007 report An Identity Crisis? A Study on the Issuance of National Identity Cards. recognise Nubian property rights and treats them as squatters on their own land. Consequently, the government refuses to provide public utilities such as water to Kibera, which houses a large population of Nubians. Furthermore, it fails to provide equal access to education and healthcare, condemning Nubian children to a life of poverty. All housing in Kibera is, technically, “temporary”, and residents are not permitted to extend or even repair their houses.

A major difficulty in making the right to nationality effective for Nubian children is that many Nubian parents have difficulty in registering the birth of their children. Many public hospital officials refuse to issue birth certificates to Nubian children—notwithstanding the fact that birth certificates themselves do not convey citizenship. The fact that many Nubian parents themselves lack valid identity documents as a result of the discriminatory practice of denial of ID cards further complicates their efforts.

Nubian children grow up knowing that they may not have equal access to employment, to the right to vote and work in the formal sector, and may not be able to travel abroad. ID cards are required for nearly all official transactions. Beyond securing employment in the formal sector and voting, the lack of an ID card bars individuals from opening a bank account or seeking a range of public services. It also restricts entrance into certain government offices, as well as access to any license, permit or other government document. Another serious problem caused by lack of national ID cards is police harassment: security agents often demand to be shown national IDs to forestall arrest.

The violation of Nubian children’s rights in denying them recognition of Kenyan citizenship at birth, and the consequential violations of lack of adequate access to housing, education, health care and clean water, were all argued in the case brought by the IHRDA and the OSJI against Kenya.

The African Committee of Experts on the Rights and Welfare of the Child monitors the implementation of the African Charter on the Rights and Welfare of the Child, which Kenya ratified on 25 July 2000, along with 44 other African countries. The Committee is currently the only child rights treaty-monitoring body in the world that receives complaints against State parties. It is based in Addis Ababa. The communication, “002/2009 Nubian Children in Kenya v Kenya”, is the second received by the Committee and the first to reach the merits stage. The hearing and subsequent ruling were part of the Committee’s deliberations during its 17th Ordinary Session held in Addis Ababa from 21-25 March 2011.

Counsel for the Nubian children, IHRDA and OSJI had earlier presented their legal arguments at the first ever hearing on the merits of a Committee communication on March 22 2011.

The Committee will issue its detailed and reasoned decision in a month, where it will prescribe “recommendations it would make to the Republic of Kenya in respect of remedies it deems appropriate in order to promote, protect, respect and fulfil the best interests of Nubian children in Kenya”. 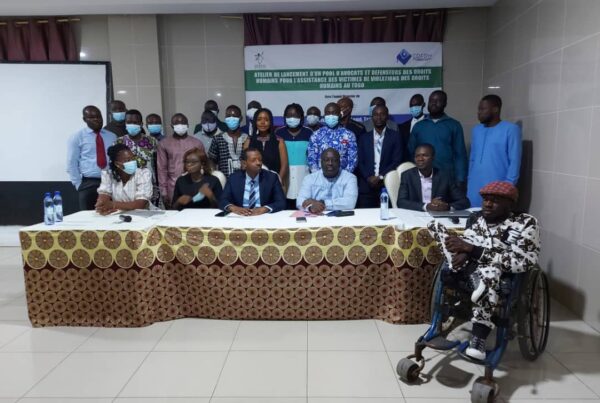 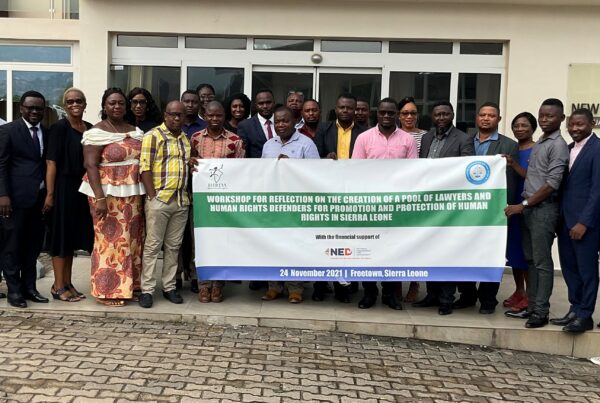