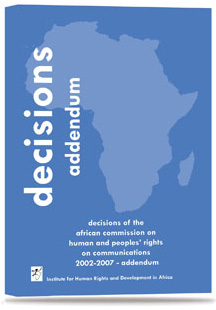 As the decisions published in the 18th Annual Activity Report (Abuja) were not included in the larger compilation above, IHRDA has published this addendum to complete the 2002-2007 compilation.